Marc Jacobs got a Louis Vuitton contract for Kanye a few years ago. Kanye launched a sneakers collection with Louis Vuitton. Kanye's been grateful for Jacobs since then.


It seems that Kanye has had enough of Jacobs power over him.
Kanye revealed to W magazine that he wrote the humble little ditty after an “unnamed designer” invited him to his show–on the condition that West not attend any other shows that season.
"Cause it’s like, Yo! Nobody can tell me where I can and can’t go,” West lamented in the interview with W, " Man, I’m the number-one living and breathing rock star. I am Axl Rose; I am Jim Morrison. You can’t say that you love music and then say that Kanye West can’t come to your show.”( Kanye's problem must be way more than just a fashion show invitation. Jacobs has been controlling him for many years.) via fashionsta.com
And now the question is: Who was the offending designer? Fashionista is assuming it was someone who showed during Paris fashion week (West also mentions a French restaurant in “I Am a God). That's right, someone from Paris.

That unnamed designer is definitely Marc Jacobs.
Kanye used to attend his fashion shows each season. He has not attented any LV Womenswear show for 2 years, he only attends the Mens LV show.In 2011 Kanye wasn't invited to the Louis Vuitton show, details nymag. I suppose they could not agree on MJ's conditions.  By the way this exclusive condition is not new to Jacobs. He usually has some models walk his show with "exclusive condition". So the model can walk ONLY his fashion show (for free), no other fashion shows. The Marc Jacobs runway models are paid in trade ( they can chose a piece of clothing). There was a big scandal in 2012 with Jacobs non-paying his models. I told you, Jacobs is egomaniac.
Marc Jacobs' power over Kanye West, Katie Grand, whose idea was to launch the LOVE Magazine?

Did you know that Kim Kardashian's little sister Kendall Jenner has started modeling? Who supports her?
Marc Jacobs and Katie Grand


Kendall Jenner walked the Marc Jacobs fashion show in a completely sheer top, it was her modeling debut. 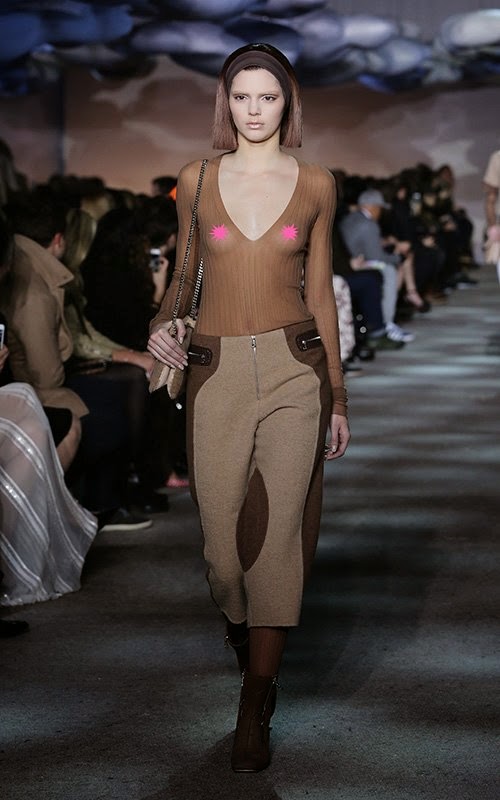 “I don’t think anybody in the world thinks more of her than I do,” Marc Jacobs said of his longtime collaborator, Katie Grand, at The Daily Front Row’s second-annual Fashion Media Awards at the new Park Hyatt Hotel Friday night. “Well, maybe her husband, Steve, does!”
﻿﻿﻿ 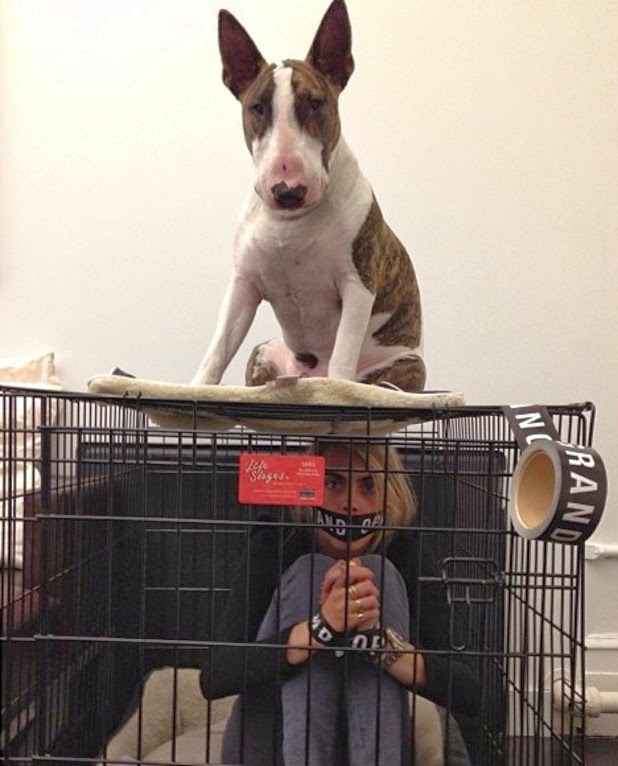 Guess, I don't need to explain why you see Cara Delenvigne everywhere lately. Delevingne’s rise to modeling stardom can be tracked back to Marc Jacobs and Katie Grand, who frequently puts Delevingne in (and even on the cover of) her magazine, Love. By the way Kate Moss is on the cover of the same issue of LOVE Magazine. It was Jacobs' idea to launch the Love Magazine and he put Katie Grand as editor in chief. The models featured in the magazine have to realize all his perverse fantasies in the editorials.

Marc Jacobs's influence on Miley Cyrus
Marc Jacobs and his puppet; Lady Gaga
Marc Jacobs has been stealing my designs for 5 years.﻿﻿﻿
Posted by Angel at 2:55 PM