“My character is Harvey and I run a house for minor [in age] Internet porn. It’s all virtual. People go online and they talk to these kids about their fantasies or whatever. I’m the sort of father of them in the house – the Fagan of all these wayward kids who come stay in this house,” Jacobs explained. “In the end, I’m really not a bad character. I’m actually the one who is protecting them in a way. I’ve taken them off the streets, and they don’t get harmed. They’re doing something that is virtual, though they are talking about sex. But you can look at it two ways. Harvey isn’t a pimp, having them meet up like street hookers or giving them drugs. He provided a home for the kids. But it is sleazy.”
Watch him in the short Clip with the young boys

Between designing for three different brands, living between two countries and acting in a film, how do you disconnect?

“I’m not attached to phones or computers. I’m with my team so often that other than sending a silly text here or there, I’m not dependent on the internet. The film deals with the greater problem [concerning the internet], which is people’s inability to deal with honest feelings. The internet is one way that people’s problems manifest themselves, similar to a pint of Haagen Daaz for someone with an eating disorder or drugs for an addict. This is what comes of people not being able to honestly communicate and connect.”


What advice would you give to parents of children in the internet age?

I have no advice.
After years of psychotherapy, I’ve learned that we need to be able to express our feelings, be able to tell a parent or a friend, ‘I need your love.’ There has to be a healthier way of communicating, rather than fearing confrontation and looking for escapes.


After a lot of group therapy and psychiatry I’m learning to become fluent in expressing anger and fear. For instance, with my psychiatrist, it’s easy for me to tell him about the resentments and difficulties that I’m feeling with people, but I can’t tell the person about whom I’m feeling this way. It’s a practice, and I’ll never feel like, ‘Oh yeah, I’ve got this. I’m good.’” (For the record, Jacobs told us he does wear his own line as well as Prada and Comme des Garcons.)

What are the lessons we can take away from “Disconnect”?


Even today, I’ll find myself on the treadmill on the gym and people will come up to me and say, ‘Why won’t you talk to me now? You were talking to me on Facebook at 4AM.’ That’s not me, that’s Marc Jacobs the brand. People will approach me at restaurants and say, ‘We’re Facebook friends, why don’t you say hello?’ Again, that’s not me, that’s Marc Jacobs the company.


I don’t want to live virtually, locked in a room, interacting with a screen.”

Interview via The HuffingtonPost

Read how Marc Jacobs has been copying my work for 7 years. 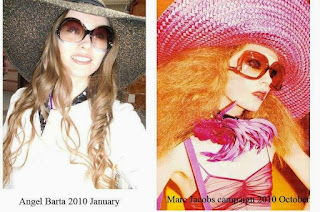 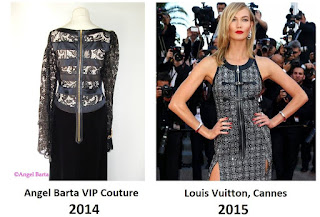