The Dior Show
On my way to the Dior show, which was held in the Big White Tent in Jardin de Tuileries... 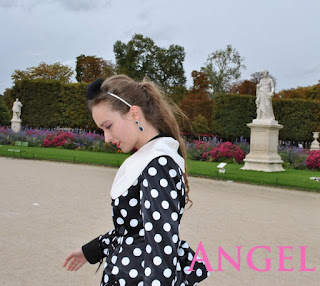 I was wearing my own design, Angel Barta coat with big white polka dots. 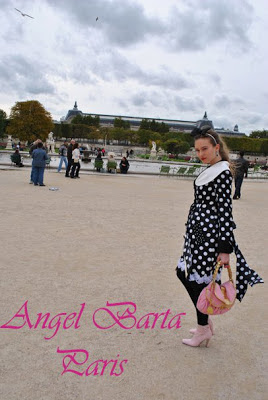 As I arrived at the tent, there were many young girls, taking pictures of me, with me. 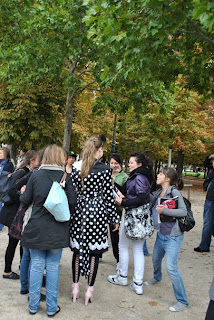 I gave interviews to Japanese Television. 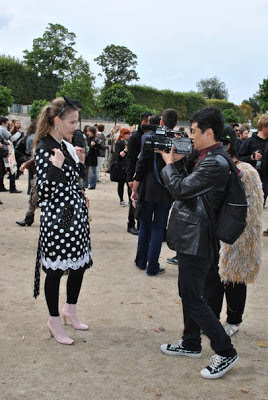 Then I went inside to see the show, which was amazing! 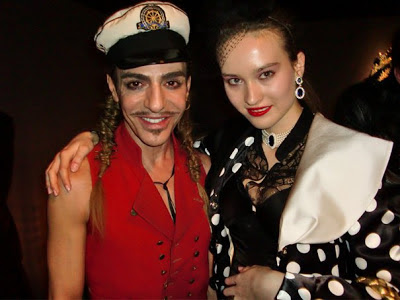 After the end of the fashion show, I went backstage, said congratulations to John, and thanked him for the invitation.