Marc Jacobs and Lady Gaga, the truth about them


How does Marc Jacobs control celebrities?

He controls them through fashion photographers. ( for example Miley Cyrus through Terry Richardson)

Did you know that fashion designer Marc Jacobs has Lady Gaga in his pocket? 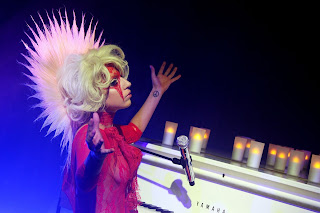 Marc Jacobs pulls Gaga`s strings. He talked her into getting an Angel inked on her head. It is not enough for Marc Jacobs, that Lady Gaga is wearing my style, the Angel Barta style ( for example the huge bows) he even wanted her to have an Angel tattoo on her head. He wants to control everyone!

Why does the famous Lady Gaga let a fashion designer to control her?
Because she needs the magazine covers, and the well-paying campaign contracts that Marc Jacobs gives her. 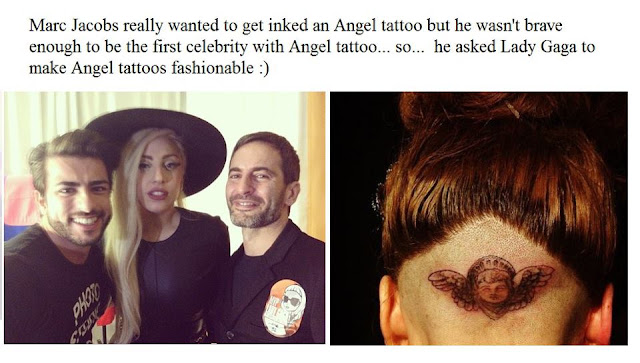 Marc Jacobs even designed a Louis Vuitton wheelchair for Gaga. 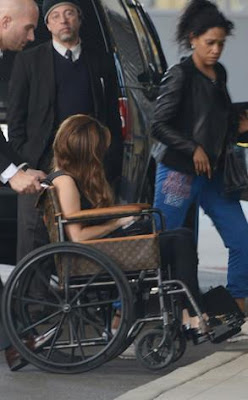 So how does Jacobs control the entire fashion industry?

First, he buys the people. He gets them good jobs. For example for Inez and Vinoodh photographer duo. He got them Louis Vuitton campaign contracts many times and now he got them a very big job: The latest video clip of Lady Gaga. He tells them what he wants in the clip and they realize Jacobs` fantasy in the video clip.

The official music video for Lady Gaga’s new track “Applause” has released. They first presented the song last week, followed by a sexy topless spread that the singer had in the latest issue of V Magazine.Photographer duo Inez & Vinoodh produced both theV Magazine spread and now also directed the new music video for the single. Inez and Vinoodh used to make all the Louis Vuitton campaigns, they are great friends of Jacobs. MJ recently gave them the Miu Miu and Nina Ricci campaigns instead of the LV (Steven Meisel shoots the LV campaigns since 2008)... Plus, they `discovered` the first of Marc`s Hungarian model,s Eniko Mihalik in 2008. They booked her for an exclusive 6 months contract.﻿